Uncategorized » Legislature takes money from public schools; rejects across the board raises for teachers

Legislature takes money from public schools; rejects across the board raises for teachers

April 30, 2019
TALLAHASSEE, Fla. – On Tuesday the Florida Legislature approved a new K-12 voucher program (SB 7070) that would take $126 million from the state’s 67 public school districts so up to 18,000 students can attend religious and private schools by raising eligibility to up to 300% of the federal poverty level. The Family Empowerment Scholarships bill would make changes again to Florida’s teacher bonus program – Best and Brightest – with this program being ineffective in recruiting and retaining teachers in Florida. Opponents argue the money should be used to give all teachers a pay raise rather than set aside for bonus payments to new teachers who are experts in math, science or civics; teachers rated effective or highly effective who work in a school that has improved over the prior three years; teachers or other school staff who has have high marks on evaluations and are chosen by their principal. “The voice of the public is once again being ignored by Florida legislators,” said League of Women Voters of Florida President Patricia Brigham. “Lawmakers ignored public sentiment expressed at hearings saying the money should rather be set aside to give all teachers a raise.” Brigham said Florida needed to attract more teachers by allowing schools to raise starting salaries and provide funds for districts to retain veteran teachers, and that the bill was “not going to achieve that goal.” She predicted that the legislation would become entangled in lengthy lawsuits costing the state additional expenses as it conflicts with the 2006 Florida Supreme Court ruling in Bush v. Holmes which struck down a similar program because it used state money to fund students’ attendance at religious schools.

END_OF_DOCUMENT_TOKEN_TO_BE_REPLACED

Committee Weeks Come To A CloseWhile the 2022 legislative session does not begin until January 11, various legislative committees have met since mid-September...

END_OF_DOCUMENT_TOKEN_TO_BE_REPLACED 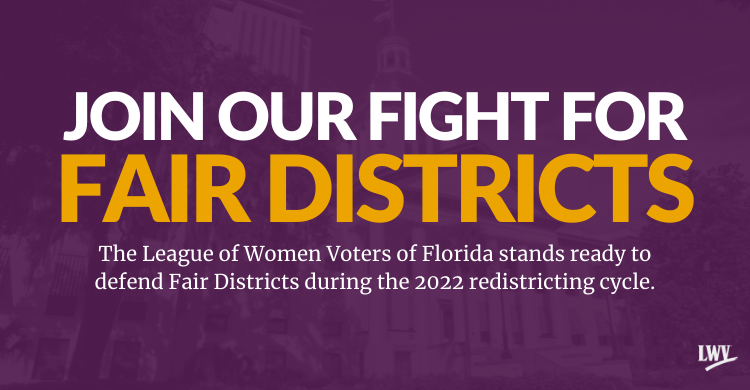