Redistricting occurs when the boundaries of electoral districts are redrawn. It’s done every 10 years following the U.S. Census.

After the Census, each state’s number of congress people in the U.S. House of Representatives is recalculated based on the current population. Florida’s population grew by 2.9 million residents, giving the state one additional Representative (from 27 to 28).

The Florida State Legislature redraws the state’s U.S. Congressional districts to reflect its number of Representatives. It also redraws its State House and State Senate districts.

What you can do! 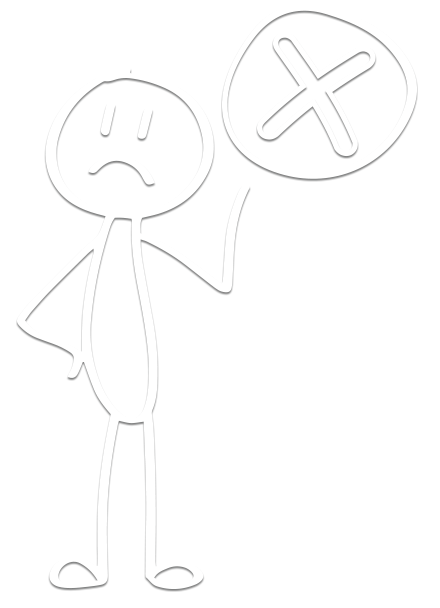 Redistricting should be a nonpartisan process that apportions representation simply, logically, and fairly across the state’s population.

Gerrymandering is the politically motivated manipulation of district boundaries to deliberately disadvantage a group of voters based on their party affiliation or race. It’s used by the party in power to retain power, regardless of the voice of the voters.

CRACKING refers to diluting the voting power of the opposing party’s supporters.

PACKING refers to concentrating the opposing party’s power in one district to reduce its power in multiple other districts. 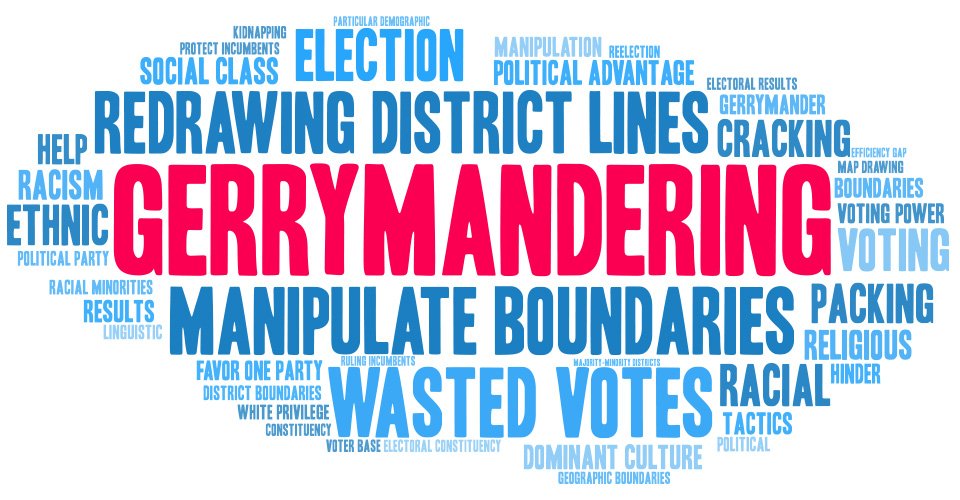 In 2010, 63% of Florida voters approved two amendments  written by the League and partners within a group dubbed the “Fair Districts Coalition” to help ensure fair redistricting. In 2012, they were signed into law.

In addition, if possible, and so long as it does not violate the requirements above, the districts should: 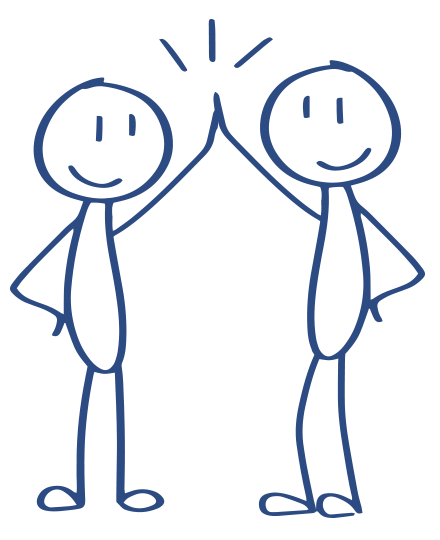 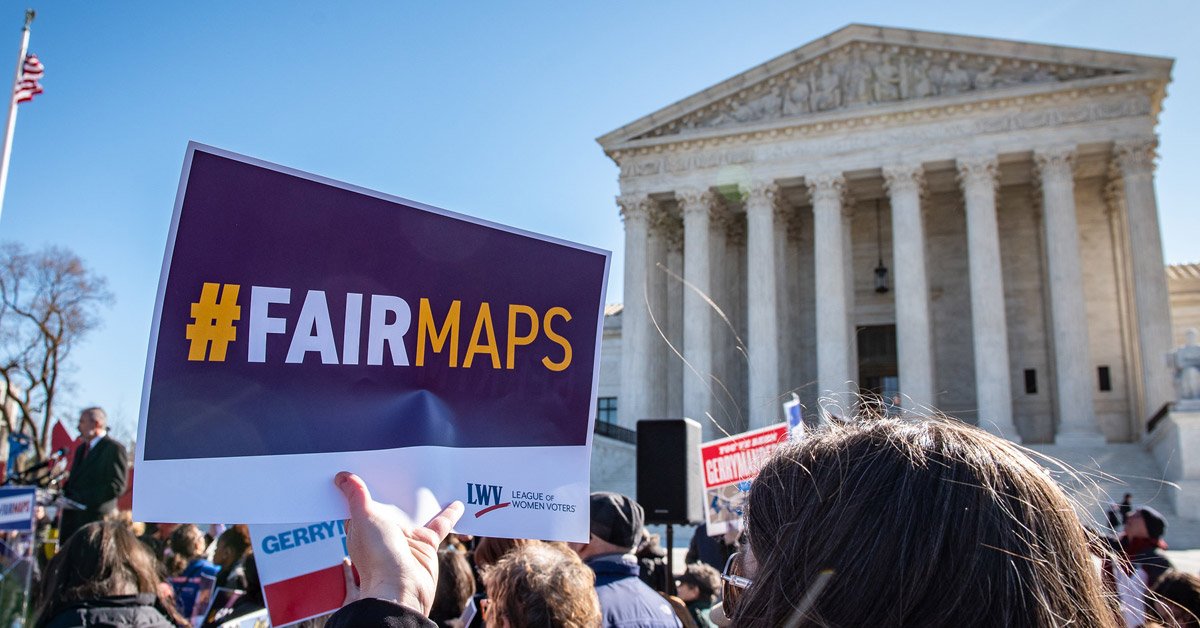 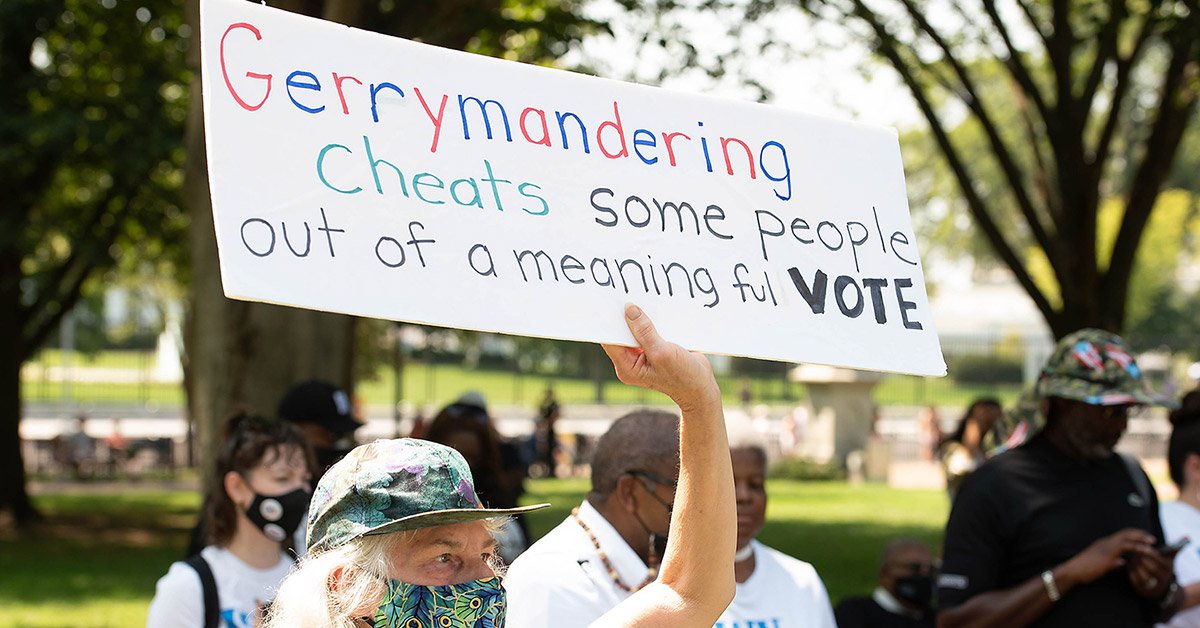 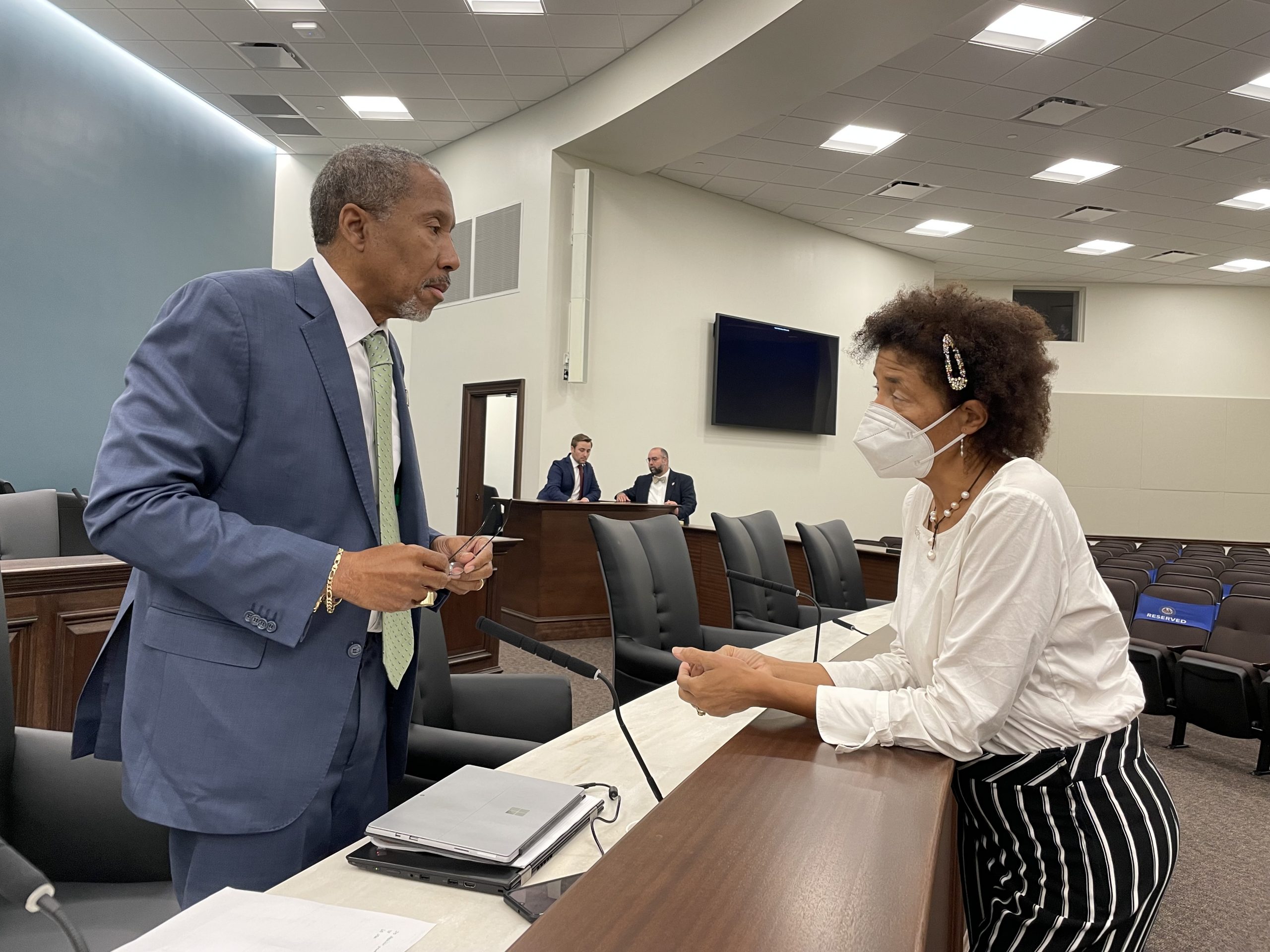 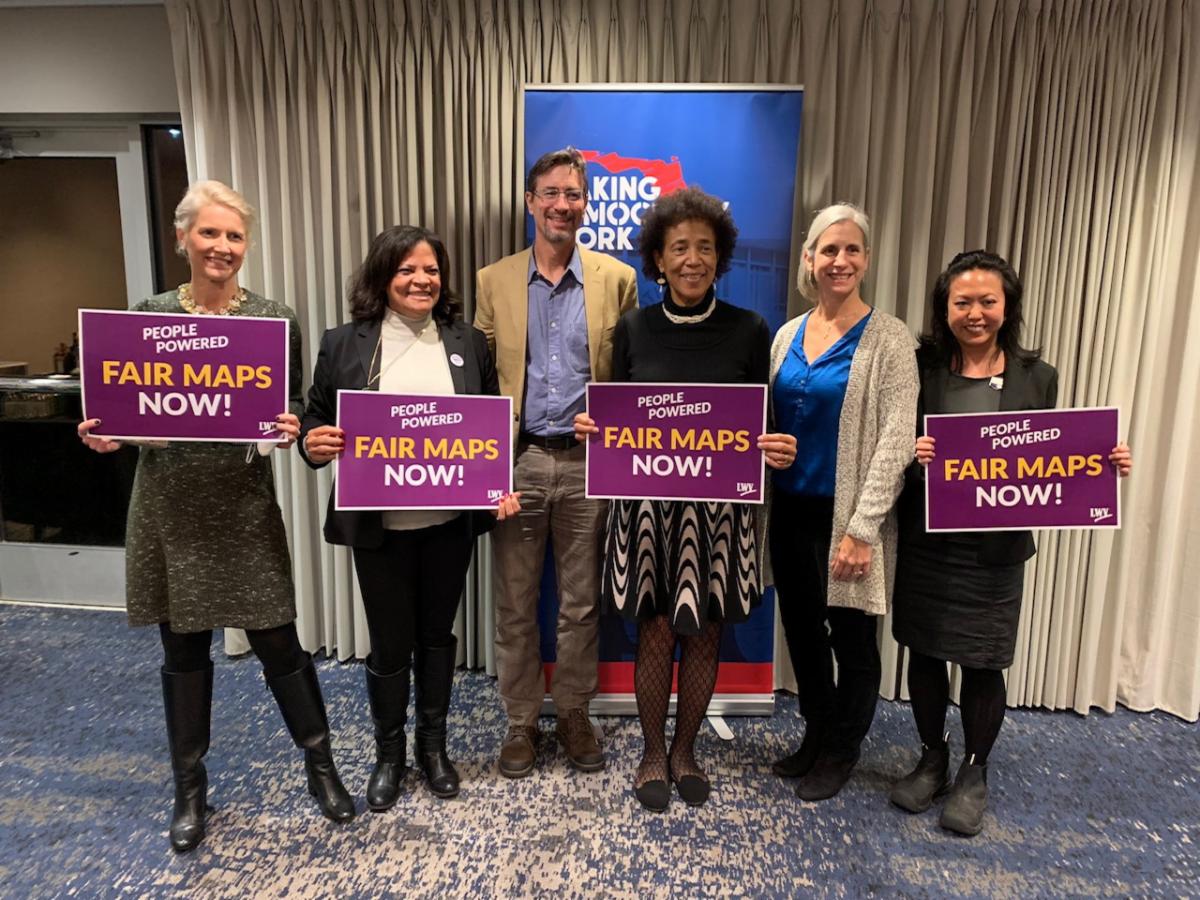 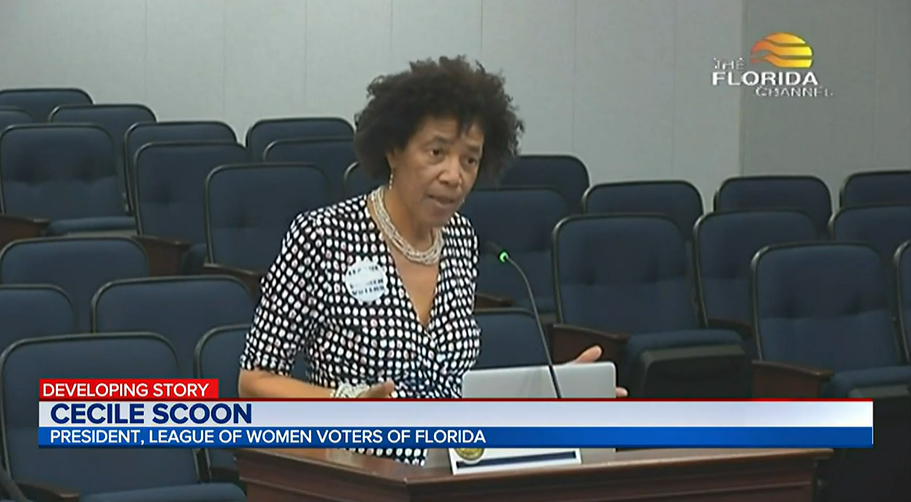 The League of Women Voters of Florida has successfully fought to protect fair districts in the past & is continuing that fight today:

In 2012, the League and a coalition of voting rights groups filed two lawsuits in response to gerrymandering by political party operatives.

In 2022, following the previous cycle of advocacy and litigation, the League and a coalition of voting rights groups partnered up to encourage the state legislature to follow Florida’s voter-approved Fair District provisions.

Unfortunately, the legislature was unable to fully comply with the provisions and the League of Women Voters of Florida is a part of ongoing litigation regarding Florida’s congressional map.

All Eyes on 2022 Redistricting 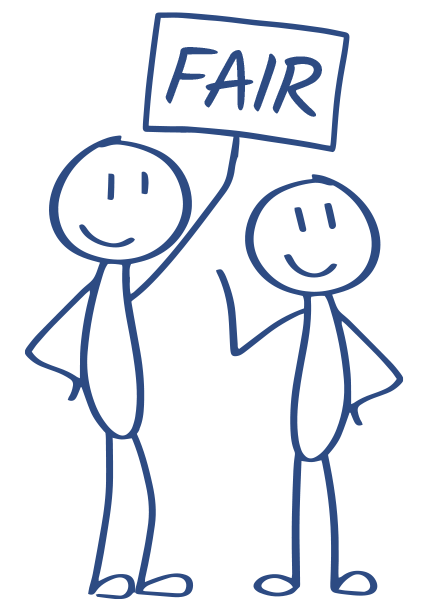 Florida voters must CONTINUE TO DEMAND FAIR DISTRICTS In Florida!

What you can do! Ensure Voters pick their Politicians, Not Vice Versa

Fill out this form:

A  joint website was created by the Florida House of Representatives and the Florida Senate to provide access to information about the 2022 redistricting cycle. The site also provides free, public access to the same redistricting data and map-drawing application used by the Legislature, as well as information about opportunities for public engagement.

The need to know terms for the Redistricting process in Florida.

See the data which districts will be drawn from.

Redistricting: As a Floridian

A toolkit of resources that help one understand redistricting in Florida. The toolkit includes a training video, an outline and an activity.

Learn about the FairDistricts Coalition which the League of Women Voters of Florida is a part of.