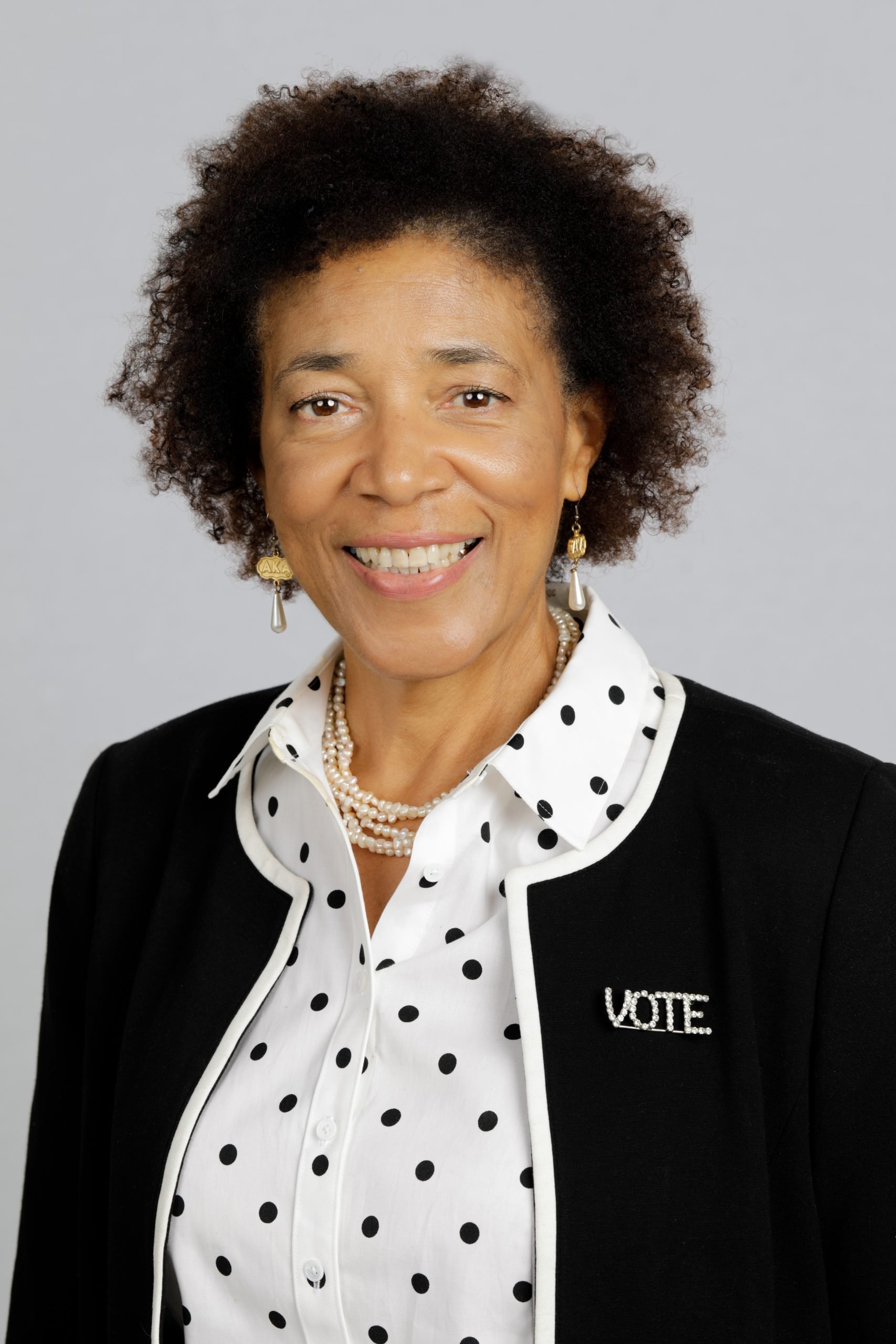 Cecile Scoon received a Visual and Environmental Studies undergraduate degree from Harvard in 1981. She is currently a civil rights lawyer in Panama City, Florida. After graduating from the University of Virginia School of Law in 1984, she spent five years as an active duty Air Force JAG prosecuting in military courts-martial. She retired from the A.F. reserves as a Major in 2005.

Cecile attempts to protect the rights of those wronged at work due to their race, religion, age, disability, place of birth, or unwanted sexual advances. When not burning the midnight oil drafting lengthy pleadings, Cecile enjoys parenting her three children, as well as running, gardening, painting, and watching soccer matches with her best friend, husband, law partner, and LWV member, Alvin Peters.

Cecile currently serves as the President of the LWV of Florida. Cecile is the first Black woman to serve in this capacity. She is a past president of the League of Women Voters of Bay County. Cecile previously served as chair of the Florida League’s efforts on Restoration of Rights (including passing Florida’s 2018 Amendment 4) as well as heading up the Health Care Action Team. Cecile is a proud member of the Xi Omicron Omega chapter of Alpha Kappa Alpha Sorority, Inc.