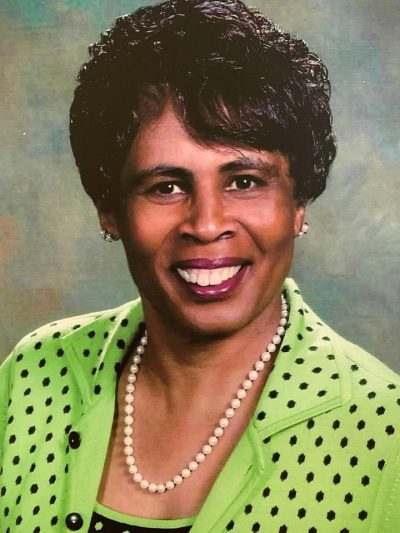 Retired Justice Peggy Ann Quince was born in Norfolk, Virginia, the second of five children. The Justice and her siblings, Mary, Barbara, Solomon, and Michael, hold family near and dear to their hearts and enjoy family gatherings, where they reminisce about their formative years in the rural, segregated south.  After completion of undergraduate and law school, Justice Quince married fellow law student, the late Fred Buckine, and they have two daughters Peggy LaVerne and Laura LaVerne.

Justice Quince earned a B.S Degree in Zoology from Howard University in 1970, then followed with a J.D from the Catholic University of America in 1975. She is also the recipient of honorary Doctor of Laws degrees from Stetson University College of Law, St. Thomas University School of Law and Nova Southeastern School of Law.

The Justice began her legal career in Washington D.C as a hearing officer but moved back home to Norfolk to enter into private practice with an emphasis in real property and domestic relations law. However, a year later the Justice relocated to Florida and started a practice in Bradenton, Florida in 1978, and focused her skills in civil law.  In 1980, Justice Quince began her 13 year tenure in the Criminal Division of the Florida Attorney General’s Office.  She served as the Tampa Bureau Chief for five years and handled death penalty direct appeals and postconviction matters exclusively for three years.  As an assistant attorney general she handled numerous appeals in the Florida Second District Court of Appeal, the Florida Supreme Court, the Federal Eleventh Circuit Court of Appeals, and the United States Supreme Court.

In 1993, Justice Peggy Quince became the first African-American female to be appointed to one of the district courts of appeal when she was appointed by the late Governor Lawton Chiles to the Second District Court of Appeals. Five years later, Justice Quince had the distinct privilege of being jointly appointed to the Florida Supreme Court by Governor Chiles and governor-elect Jeb Bush.  A third Governor had input when Governor Chiles died and his successor, Governor Buddy MacKay also agreed on the appointment of Quince.  Justice Quince became the third female and first African-American woman to head any branch of Florida government when she became the Chief Justice of the Supreme Court of Florida in 2008.

With a judicial career spanning over 25 years, Justice Quince retired from the Florida Supreme Court on January 7, 2019.  After serving the 21 million Floridians in both the attorney general’s office and the judiciary, Justice Quince looks forward to more time with her family, friends and causes that are near to her heart.  She has started the next chapter with a 25 country world cruise in January 2019.  After returning from her cruise, she began volunteering on an Independent Review Panel that evaluates cases where there has been an allegation of a wrongful conviction.  In addition, she is a member of the board of The Florida Bar Foundation.

Justice Peggy Quince is a member of the Gamma Theta Omega Chapter of Alpha Kappa Alpha Sorority and a member of The Links, Incorporated.  For her commitment and service to the law and community, she has received numerous honors and awards, including but not limited to the induction into the National Bar Association Hall of Fame and the Stetson University College of Law Hall of Fame. She was named the NBA Women Lawyers Division Jurist of the Year, and was named an ABA Margaret Brent Woman Lawyer of Achievement.  Justice Quince also received the Lifetime Achievement Award from The Florida Bar’s Government Lawyer Section.