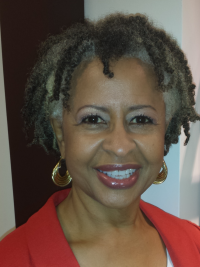 LaVonne was born in Cincinnati, Ohio. She earned a Bachelor of Science from the University of Cincinnati and attended graduate school at The Ohio State University. Having a natural flair for fashion, upon graduation most of her career was in the retail industry: in executive management in Cincinnati, and market research in New York. In order to be in better control of her schedule, she launched several businesses in New Jersey, California, and Illinois.

LaVonne has been a long-time community advocate working with her church and the homeless. After retiring to Central Florida in the early 2000’s, LaVonne decided to continue serving her community advocating for access to fair voting rights and representation like the role she had played in previous cities. Recognizing a need for full representation of all residents, she founded the Seminole County Democratic Black Caucus in 2009 where she served as president until 2013. During this period LaVonne held other positions of increasing responsibility ranging from Corresponding Secretary to Second-Vice President and Membership Chairperson of the state organization. In order to broaden access to fair and representative elections, LaVonne joined the LWV of Seminole County, where she served as President from 2013 to 2016.

In her spare time, LaVonne enjoys spending time with and spoiling her grandchildren, reading mysteries, and traveling.