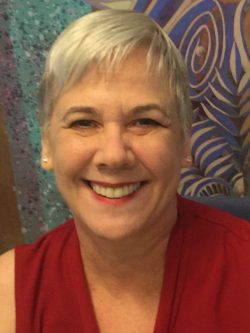 A proven national and Florida grassroots leader and coalition builder, Brigham joined the LWVFL state board in 2015 and moved into the position of president in 2018. After joining the League of Women Voters of Orange County (LWVOC) in 2013 Patti quickly assumed leadership duties, serving on the Membership Committee and working with young League members to organize and host “Speak Easy with the League” events. In 2014 she formed the LWVOC Gun Safety Action team which was later adopted statewide. That same year she was appointed to the LWVOC Board of Directors and served for two years. In 2016, in the days following the mass shooting at the Pulse Nightclub in Orlando, Patti partnered with former LWVFL President Pam Goodman to form the Florida Coalition to Prevent Gun Violence, which now includes more than 100 organizational partners.

Patti grew up in Orlando and attended the University of Central Florida, where she earned a B.A. in philosophy and an M.A. in Liberal Studies. After several years at We Care, Inc., a suicide prevention and crisis intervention center, Patti forged a career in radio with responsibilities as a reporter, writer, and producer. During this time, she was recognized with several awards from media organizations, including American Women in Radio and Television and the Associated Press. She also worked as a freelance reporter for the Orlando Weekly, writing about the arts.